When international students travel to the United States to learn English, the language barrier is just one of their challenges. Cultural differences like being overwhelmed in the grocery store, being embarrassed about not tipping a server (there is no tipping in China) or learning where to get help in serious situations are a few of the struggles they encounter.

During the 2017-18 academic year, students from Japan, China, Norway, South Korea, Taiwan and Saudi Arabia were able to put their experiences and feelings on paper.

As part of a writing project, the students were given autobiographical and creative writing prompts that encouraged them to reflect on what it means to travel abroad to improve their English language proficiency.

“At first the students did not think of themselves as authors,” says Amy Walker, an ELI instructor who wrote the book’s introduction. “They did not see the benefit of the project because their sole reason for attending the ELI was to obtain enough English proficiency for admission to an American undergraduate or graduate degree program.” 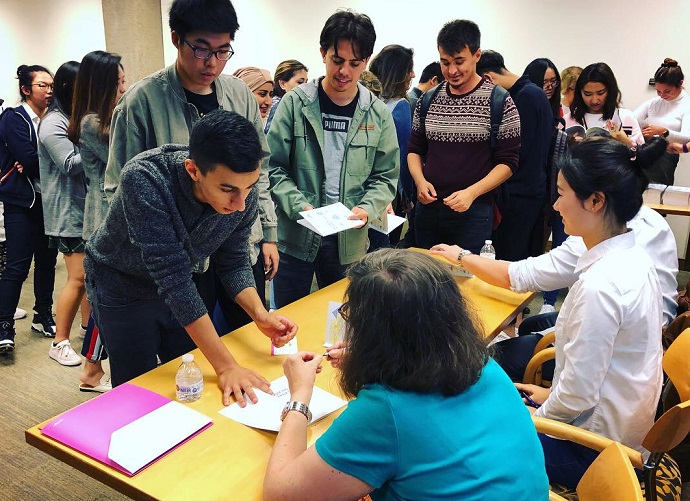 Walker adds that once the project was underway, unexpected positive outcomes started to appear for both the students and the teachers.

“The authors were brave. They allowed themselves to be vulnerable. They wrote about personal topics in a language that they had varying degrees of control over,” says Walker. “In the end, the students gained more confidence in their English and became more grounded in this U.S. collegiate environment.”

Huan-Chen Tseng from Taiwan wrote about his feelings of isolation when he first arrived in the United States. “In Taiwan, I am the oldest grandson on both sides of the family, so I have more responsibilities and benefits than the other grandchildren. However, in the United States, I’m just alone,” said Tseng. “I am nobody in the United States because nobody knows me, and I don’t have any friends here.”  During the fall 2017 semester when Tseng was on campus, he made friends and began to adapt to American habits. He acknowledged that this experience would help him in the future. 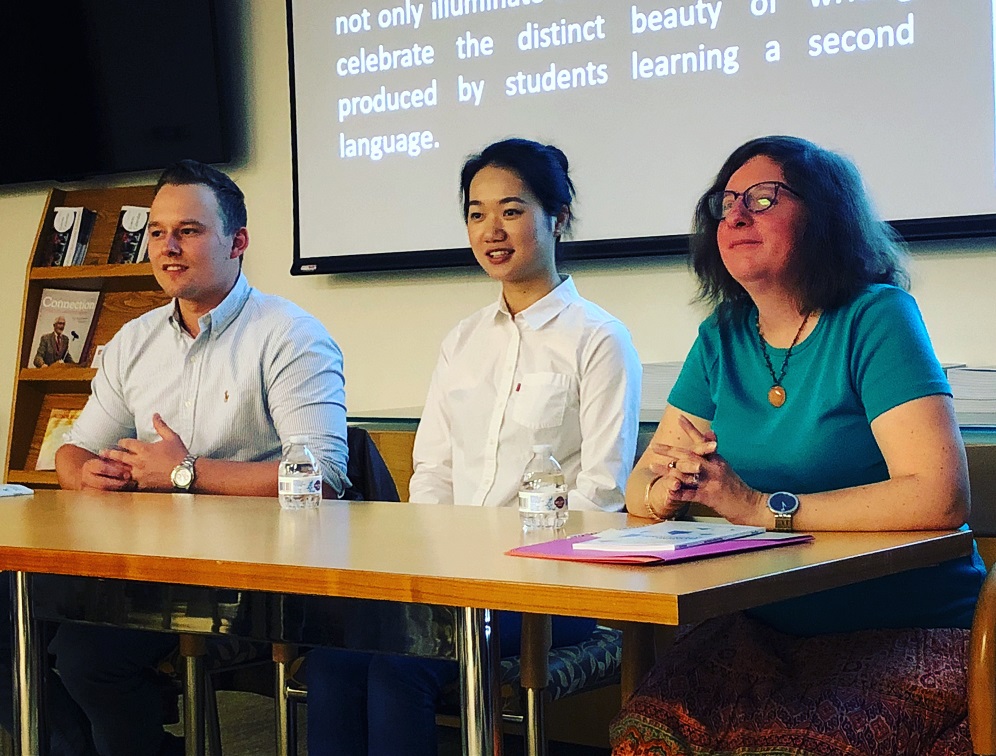 Eighteen-year-old Yongbin Yang noted one of the most difficult things about adapting to American culture is learning to be independent and manage his finances. “I came to the U.S., so I can’t rely on my parents anymore,” he wrote. “I need to take care of myself and think about every decision and its consequences. Finances will always be a big problem.” Yang said he can’t always buy things he wants because he has to balance his monthly budget. “But the process of becoming independent makes me feel better. I feel I am growing up.”

In partnership with Syracuse University Libraries, the English Language Institute hosted a book launch in September at Bird Library. Copies of the book are available for purchase on Amazon.